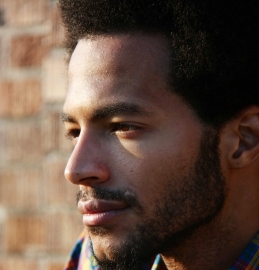 Michael Watson was raised in Canton, OH, born into a family of music aficionados in 1985. He first discovered his love of music and his instrument as he played around with the slide of the trombone as a youngster, officially in 1994. He’s played in four All-State Jazz Bands, the Grammy Jazz Ensemble, which included top high school students in the world at the 2003 Grammy Awards Party as well as the Tri-C All Star Jazz Band at the Tri-C Jazz Festival. He has continued honing his craft by pursuing Jazz Studies degrees at Cuyahoga Community College and the University of New Orleans.

After joining the marines in 2006, his call of duty brought him to New Orleans the summer after Katrina, where he quickly assimilated into the local music scene as a highly skilled and sought-out trombonist. He has since completed his active duty services and spends his time performing throughout the city and traveling the world with several bands, including jazz ensembles, brass bands, and more. - See more at: http://nolamusicians.com/michael-watson/#sthash.C2PNehKV.dpuf